Buy It on Amazon
But it On Barnes & Noble

Headlong Into Harm Press is excited to announce the release of The Completely Unverified True Story of a Reality Television Superstar by Matt Schild. Schild’s debut novel will be available in November in print and digital formats.

The Completely Unverified True Story of a Reality Television Superstar

A single reality television moment made Mick a superstar and ruined his life. He lost eight years hiding out and dealing with the fallout of catching his fiancée, Molly, in bed with another man — and the fistfight with her lover, Parker, another cast member — that followed, while “The Mick and Parker incident” becomes the stuff of unscripted television legend.

With his comic book shop teetering on bankruptcy and to help his friend an onetime costar Annie stave off foreclosure, Mick reluctantly signs on to reunite with the cast and join them in an R.V. for a two-week scavenger hunt. Cross the finish line, and they’ll get a check big enough to sort out their messy finances. Before payday, Mick will have to conquer the festering feeling that surround Parker and Molly, as well as the contrived challenges requisite of network reality fare in snake sanctuaries, karate dojos and spiritual healers’ sweat lodges.

Matt Schild was a founder of Aversion.com, an online publication dedicated to covering underground music and culture that ran from 1999 to 2010 and generated a still-surprising amount of hate mail. He also freelanced for outlets such as The A.V. Club, Military Times, T.V. Guide and many others for 15 years, which generated the expected amount of hate mail. These days, he works at an advertising agency in Fort Collins, where he rarely receives hate mail at all, though figures Completely Unverified  is a great way to change that. 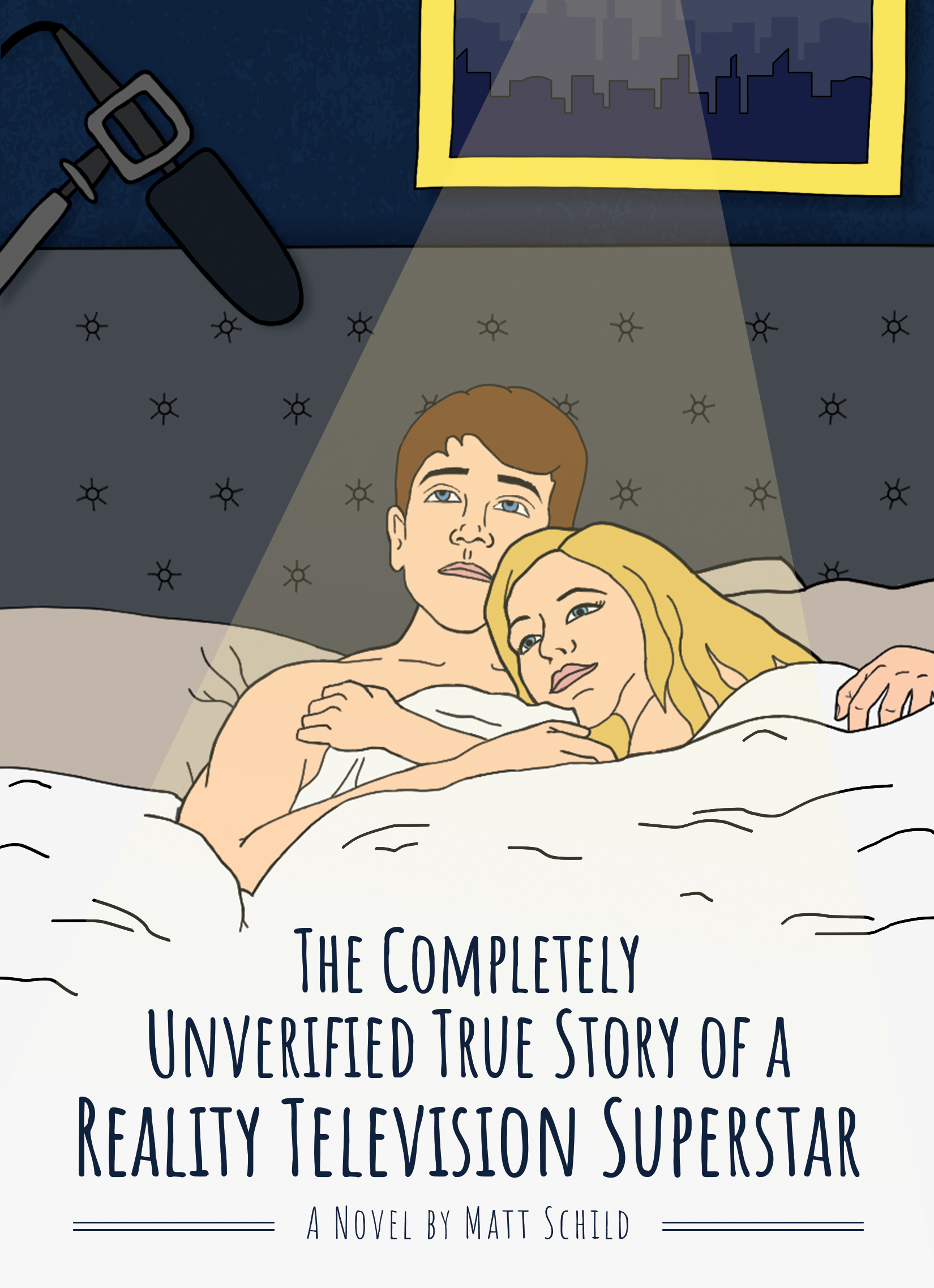